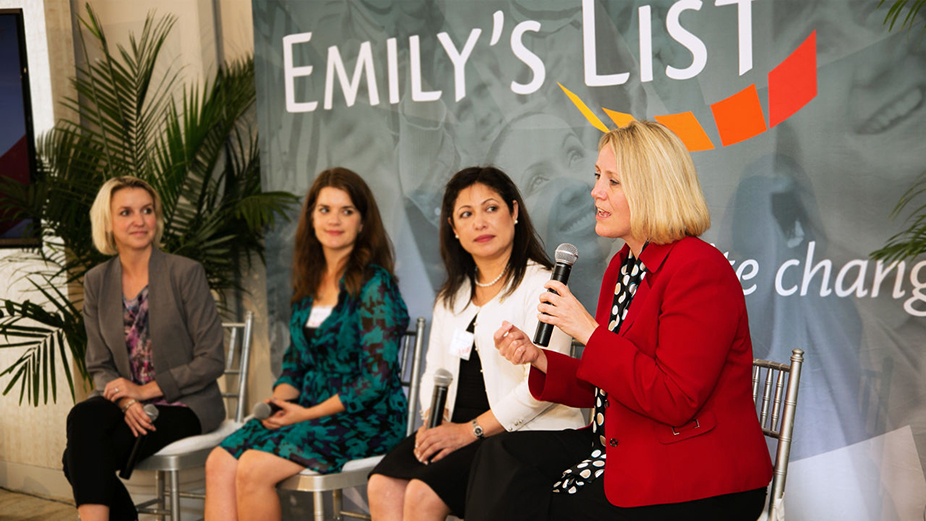 With the rise of Republican candidate Donald Trump, the demise of establishment candidates and a nomination contest between a self-proclaimed socialist and a woman, this election has delivered many surprises. Political scientists have often been called to weigh in.

Such conversations are critical as they enable academics to communicate the science of politics and add to the public discourse. However, in our experience, women academics have been often missing in these conversations.

This observation is consistent with other data in media representation: only 26 percent of guests on the Sunday morning talk shows were women in 2013, and men were 3.4 times more likely to be quoted on the front page of The New York Times.

Is this simply because there are fewer women faculty in political science, particularly in the more advanced professorial ranks?

As women faculty in the discipline, we don’t believe this is the reason. Rather, a combination of “implicit gender biases” whereby women’s lack of expertise is often simply assumed, and “network effects,” which can inadvertently exclude women who do not share the same networks as individuals charged with finding experts, may lay the foundation for women’s absence in expert discussions. And ultimately, this can lead to a skewed perception of experts as men.

Beyond the number of women faculty, other obstacles prevent women from being called upon to serve as experts within the profession and beyond.

Research shows that women in political science do not attain tenure and other promotions at the same rates as men, even when controlling for multiple relevant factors.

More recent data show women are underrepresented in the top journals in the discipline. For example, even though women earn 40 percent of the Ph.D.s in political science, they author only 16 percent of articles published in the American Political Science Review, the discipline’s premier publication outlet.

There is also a gap in perceived and actual influence in the discipline. A survey of international relations (IR) faculty revealed only two women included in the “top 25” IR scholars in the past 20 years, consistent with work finding women are underrepresented on a list of the 400 most cited political scientists. More analysis indicates that IR journal articles authored by women are cited 20 percent less than articles by men.

Women’s careers are impacted in multiple other ways as well.

Women do more “low-status” service work than men such as advising students, serving on committees and producing ad hoc reports. Women face “gender devaluation” when they hold leadership positions such as section head for a professional meeting, where the status of a position is downplayed as mostly secretarial. They are also at a clear disadvantage in terms of student evaluations of teaching. For example, women spend more time with students outside of class but receive ratings for accessibility equivalent to those of male faculty. All of this additional time equates to time away from research.

In other words, women academics face inherent biases in this profession, which have important implications for perceptions of expertise. Furthermore, conforming to stereotypical expectations of being nurturing undercuts a woman’s ability to be perceived as an expert.

Such implicit bias can be cyclical – the less people see women as experts, the less they imagine that women can hold expertise.

It seems inadequate to laugh off the all-male panel or “manel” as it has come to be called, or grumble about mansplaining whereby men position themselves as experts, explaining things to women, often in ways that are condescending or patronizing.

So, what can we do about it?

About three weeks ago a number of women in the discipline received an email from Samara Klar, an assistant professor of political science at the University of Arizona. She shared frustration over recent news articles and symposia featuring zero women political scientists. An idea was born:

Let’s crowdsource a website of women academics in political science to make it easier to find women experts.

From this was born a website, #WomenAlsoKnowStuff, which offers an accessible database of women experts in political science.

Within a few hours of launching the site, the response was so overwhelming it became evident a team was needed. An editorial board was quickly formed to oversee the development of the website. It was clear we had identified a need for women in academia broadly as requests to be listed on the site poured in from women in various fields all over the world. Journalists and other political scientists also wrote to indicate how they were using it to identify experts, cites, and expand their networks.

Some weeks later, the board, of which we are part, is grappling with the implications of the website’s success. It is currently engaged in planning, fundraising and publicity efforts to oversee the website’s growth and to prolong and ultimately measure its impact.

Several programs have been developed in the past to address gender gaps in political science and academia, such as Journeys in World Politics, Visions in Methodology (VIM) and the CeMent program in Economics. These programs bring women together in small conferences to offer research mentorship and networking opportunities.

These programs were found to be effective when their impact was measured after a few years. For example, five years after the first group of women attended a CeMent conference, women were found to have an average of 0.4 more major grants and three additional publications. Their probability of publication in a top outlet increased 25 percent.

Similarly, a survey of women who had participated in VIM conferences (which promote the use of statistics and experiments by women in political science) revealed VIM participants to be better networked and more productive, both in terms of publications and submission to top journals, compared to men and women who had not attended a conference.

#WomenAlsoKnowStuff hopes to build on this work. The programs described described above have important effects, which could make gradual changes in who gets perceived as expert, but we see our website as a more disruptive change. We hope that this would have an impact on promotion, tenure and citation, which over time may shift perceptions of who the experts are.

Waiting for women to gradually accrue more status and influence in the profession is not sufficient. Our goal – the success of which we plan to evaluate systematically – is for #WomenAlsoKnowStuff to amplify the voices of women in political science.