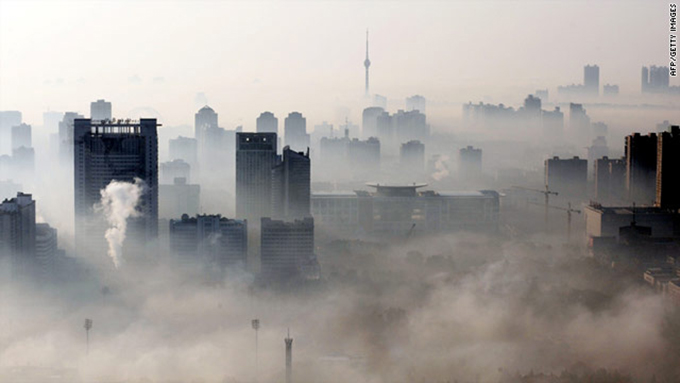 Urban Canadians are feeling the impact of climate change. Flooding in Quebec this spring damaged nearly 1,900 homes in 126 municipalities, causing widespread psychological distress. Summer heatwaves are predicted to become more frequent and severe each year, putting more people at risk of injury and death. Vancouver and Toronto are working to manage these risks. Most Canadian cities need to work harder to include climate change in public health planning.

The Climate Change Adaptation Research Group at McGill University looks at how climate change is impacting human society, and what solutions we can design to protect ourselves. Drawing on evidence from our research into cities in Canada and around the world, we propose that cities will need to integrate climate change concerns into public health and the health-care sector more seriously. Cities must also focus on the most vulnerable groups (such as low-income households and older adults) and emphasize the participation of citizens and the community in planning for climate change impacts. Climate health risks in urban Canada Heavy rains causing floods and mudslides are already frequent across Canada, as we’ve seen in Quebec and eastern Ontario this year, and in Calgary and Toronto in previous years. These events are predicted to increase in frequency and intensity. Violent thunderstorms and rising sea levels in coastal cities such as Vancouver and Halifax are also expected to get worse. Floods and violent weather cause injury, illness and death, as well as mental health effects of distress. 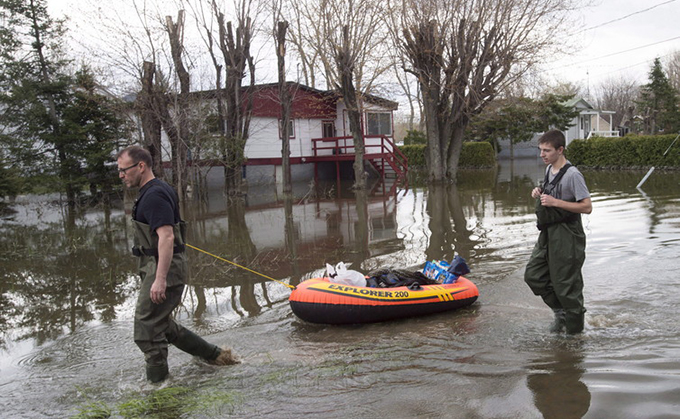 Residents make their way through floodwaters, Saturday, May 13, 2017 in Louisville, Quebec. (THE CANADIAN PRESS/Ryan Remorez)

Heatwaves are expected to become more frequent and severe over the next few decades, causing heat stroke and even deaths, as well as respiratory and cardiovascular disorders. Increased air pollution in cities will also come from automobile exhausts, exacerbated by projected warmer temperatures. Urban air pollution is linked with eye, nose and throat irritation, respiratory conditions, and chronic pulmonary disease and asthma. These climate change events will affect some groups more than others. Flooding is devastating to households lacking financial resources. Low-income families have reduced access to air-conditioned places. Older adults are more vulnerable to heat because of reduced thirst sensation, challenges of moving, visual or hearing impairments and often social isolation. Children are also at risk during heatwaves. They depend on a caregiver to recognize the symptoms of heat stroke and have less ability to sweat than adults. Which cities are leading and which are lagging behind? Toronto and Vancouver are leading health adaptation to climate change both in Canada and globally. Most of Toronto’s initiatives address extreme heat, along with flooding and air quality. Vancouver’s health adaptation initiatives also focus on heat-related risks. Vancouver also places an importance on vulnerable groups, namely homeless residents and low-income households. Montreal only released its first climate change plan in 2015, but the city has been a pioneer in protecting residents from extreme heatwaves since 1994. The heatwave plan involves monitoring signs of heat-related illness, frequent visits to home-care patients, opening air-conditioned shelters, extending pool hours and mass media communication campaigns. This has reduced mortality by 2.52 deaths per day during hot days. Smaller cities face tougher challenges. Most Canadian municipalities simply do not have the resources and expertise to plan for the health impacts of climate change. Health adaptation competes with other important health priorities, such as smoking, obesity and poverty. Can urban adaptation be done better? Some argue that climate change needs to be integrated deeper into city plans across all sectors. Vancouver and Toronto are already experimenting with this. Vancouver has updated its building code bylaw to raise flood construction levels. Toronto now requires all new buildings over 2,000 square metres to include roofs with vegetation on them — to slow down the urban heat island effect and reduce the incidence of heatwaves. Cities also need to place the voices of people closest to impacts at the centre of decisions. Low income and older residents, for example, are at the highest risk for heat-related illnesses or death. Many of these residents already suffer from health conditions and are more likely to experience social isolation and lack of support. Another way to make adaptation easier is through collaboration and coordination. Municipalities can learn from each other, rather than reinventing the wheel. For example, it’s important to make sure there is a strong link and coordination between local public health authorities and municipal governments; in most Canadian provinces, these two are separate. International networks of mayors’ offices such as C40 and Resilient Cities already work toward sharing knowledge and best practices. Finally, cities should seek out adaptation options that have other health co-benefits. An example would be urban parks that provide shading from the sun but also serve as social amenities for recreation and socializing. Preparing cities for the health impacts of climate change, then, needs to integrate climate risks into public health and the health-care sector. It needs to consider the risks for vulnerable people such as the elderly. It also needs to emphasize collaboration among cities and among government agencies. With the federal government committing $125 billion to infrastructure from 2015 to 2025, now is the time to build health protections into how we climate-proof our cities. Author Bios: Malcolm Araos is a Research assistant,James Ford is an Associate Professor in the Department of Geography and Stephanie Austin is a MA Student, Department of Geography at McGill University